Enlightenment, The Self, and the Brain. How the brain changes with final liberation

Are we hardwired for god?

Manifesting and Mastering Your Inner Demons

This experimental workshop uses the Goetia as its central text and teaches the formula of the Goetia as applied to the anthropomorphisations and personifications of your inner worlds.

Wondering what this is?

Course Requirements: you must have attended at least Level 1 training in MoM (or be subscribed to Metaphors In My Attic), it would also be a good idea to familiarise yourself with the Goetia so you have an understanding of just what you are getting into.

Goetia is an occult practice which involves invoking (“calling”) angels and evoking demons. The word came from the 17th-century grimoire “The Lesser Key of Solomon” which describes the methodology for calling forth seventy-two “demons.” Each of these demons has something to teach the magician.

In modern parlance, we could describe it like this: someone is tormented by the Green-Eyed Monster of Jealousy, it affects their well-being, it damages their relationships and future happiness. If we bring this green-eyed monster forth, we can find out what needs to be resolved for this person, they can learn something from their jealousy and lead a more fulfilling life as a result once they have created peace between themselves and their green-eyed monster (ie. demon).

This workshop is a Masterclass in the systemic organisation of the metaphoric environment and how we can use this to our advantage.

When we elicit the metaphor and ask what is to the left, what is to the right etc, the way the information is organised follows some precise principles (i.e. systemic organisation). This isn’t something that is commonly taught in the Metaphors of Movement training but is something explored extensively in the sister project of The Historia Illius Itineris.

There are various religious, spiritual occult and magical traditions that embody these organisational principles which are often then celebrated through ritual and ceremony, often without conscious awareness by anyone involved.

In this experimental workshop, we will be taking one such set of rituals, that of Solomonic magic known as The Goetia. We will learn how the formulas embodied in this practice are relevant to the metaphoric environment and the manner in which information is organised within it.

Contents of the Training

For those of you who have studied Metaphors of Movement level 2, you will be familiar with the taxonomical grouping of “anthropomorphications.”

This is where there is a creature, person or living thing that exists within the metaphoric environment that appears to have a life of its own. You will be aware that this is representative of both the thing itself and an organisation of people to whom the owner has the same relationship.

The easiest example is if I were to be in my metaphor of standing at a crossroads and in front of me stands my wife. It is both my wife, and an organisation of people to whom I have the same relationship. i.e. I am married to my job and regard the people at work as family.

The monster to my left might be both the monster and all my ex-wives, for example, and so on. The problem is that most people tend to be at the mercy of their anthropomorphizations in their metaphors. This workshop aims to change all that with a bit of witchery and lots of jiggery-pokery.

I am certain this will be the most unusual workshop you have ever participated in.

It is highly advisable that attendees read the Goetia text prior to attending this course.
Don’t worry if it doesn’t make much sense at this time.

Creating mastery over our inner demons with peace existing between us makes us “the master of the temple”, or more correctly, The Master of our inner Temple.

“And allow me again to assure you that when you’ve got yourself going, doing your True Will, you won’t find you have any time to get bored.”
― Aleister Crowley

“Do you use ‘True Will’ as an excuse to do nothing?
Have you declared yourself enlightened?
Damn your weak philosophies; a pox and a pestilence your despicable sloth and arrogance.”
― Peter J. Carroll, Psybermagick: Advanced Ideas in Chaos Magick

“Buried deep within each one of us lies a treasure. It is our mission in this lifetime to find this treasure, but its exact location is known only by the dragon that guards it.” ― Lawren Leo

Please note: anyone saying, or asking, “isn’t this just parts work?” will be clubbed to death.

Neurotheology: Are We Hardwired for God?

Neurotheology: Are We Hardwired for God?

Considering that the brain is increasingly being credited with having a role in everything we think, feel, and do, it was probably just a matter of time before it was postulated that religious belief has a neural substrate.

Considering that the brain is increasingly being credited with having a role in everything we think, feel, and do, it was probably just a matter of time before it was postulated that religious belief has a neural substrate. The question of how the brain might be "hardwired" for spirituality has captured the interest of many investigators who have established careers in fields as different as neurology, theology, and neuroscience and spawned the new discipline of neurotheology.1Neurotheology, neurons, and neurotransmitters

Neurotheologians argue that the structure and function of the human brain predispose us to believe in God. They claim that the site of God's biological substrate is the limbic system deep within the brain, which has long been considered to be the biological center for emotion. Rhawn Joseph, a prominent neurotheologian, goes a step further to suggest that the limbic system is dotted with "God neurons" and "God neurotransmitters."

I'm halfway through "The God Helmet Experiments" - Todd Murphy has done an incredible job of rewriting the complexities of Persinger's academic papers and converting them into highly readable pieces. I can honestly say this is one of the best books on the brain and the human experience I've ever read so far. 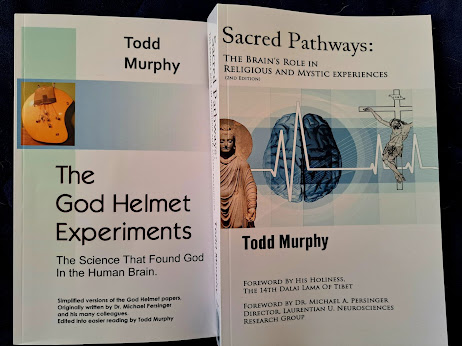 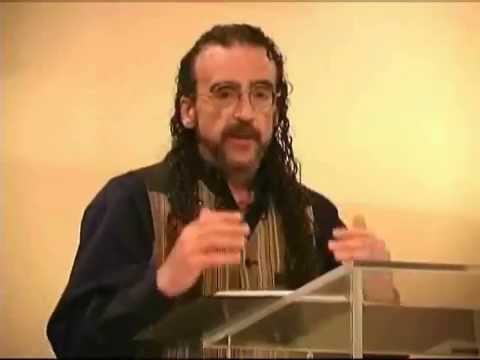 Andrew T. Austin
With a private practice in West Sussex, England, I have specialist interest in “schizophrenias” and anxiety and am heavily influenced by the writings of notables such as R.D. Laing and Thomas Szasz. I have developed two bodies of work, “Integral Eye Movement Therapy (IEMT)” and “Metaphors of Movement (MoM).” IEMT is a rapidly growing therapeutic modality that has some analogies to EMDR, whilst Metaphors of Movement is a model for exploring the hidden mind which has many therapeutic applications. Both have become recognised modalities and are listed in the Sage Encyclopedia of Theory of Counseling and Psychotherapy.